3 food myths I used to believe in

I have held (and been told) a great many food myths of what food is and should be whilst growing up.

They defined my eating habits and kept me healthy, or so I thought.

Looking back now, however, some of the beliefs don’t seem to be quite right. Here are three food myths I have now realised are false: 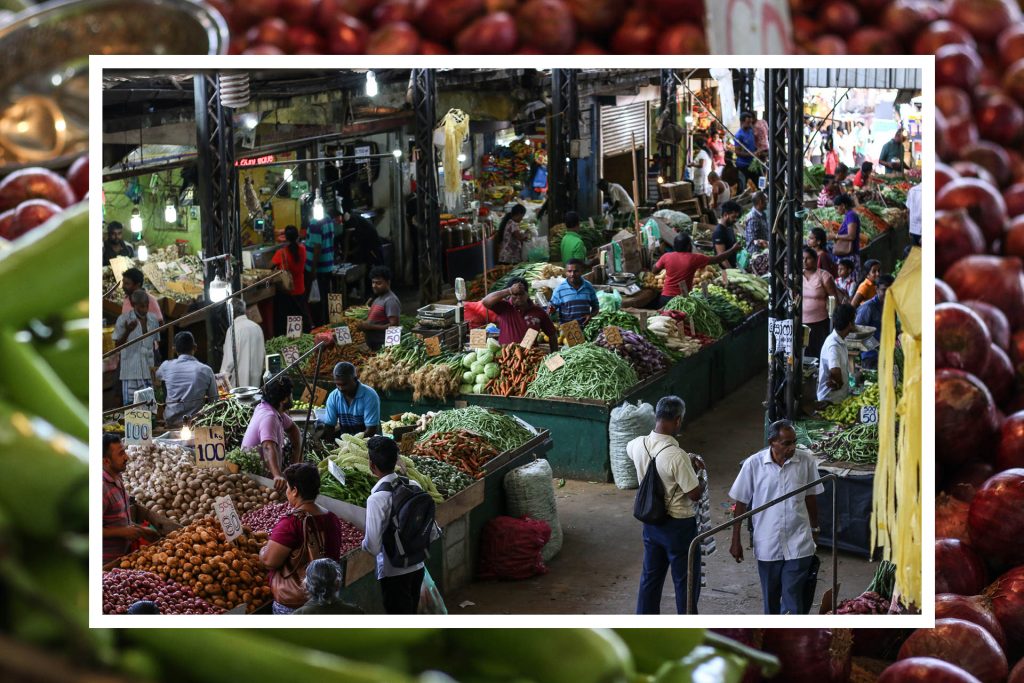 I’m not going into the dangers and risks of eating meat (yes, they exist), since that’s still a topic I cannot fully grasp, and honestly, having a plant based diet has made me not care much.

I do, however, want to address the number one argument I repeatedly hear to promote eating meat – that it is necessary for your health. 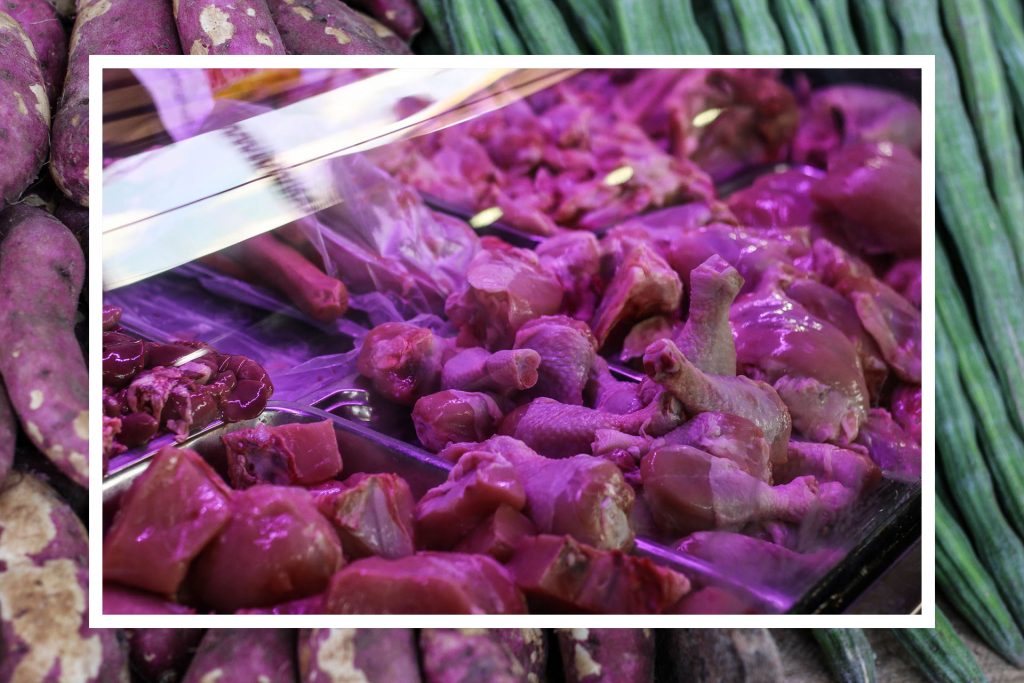 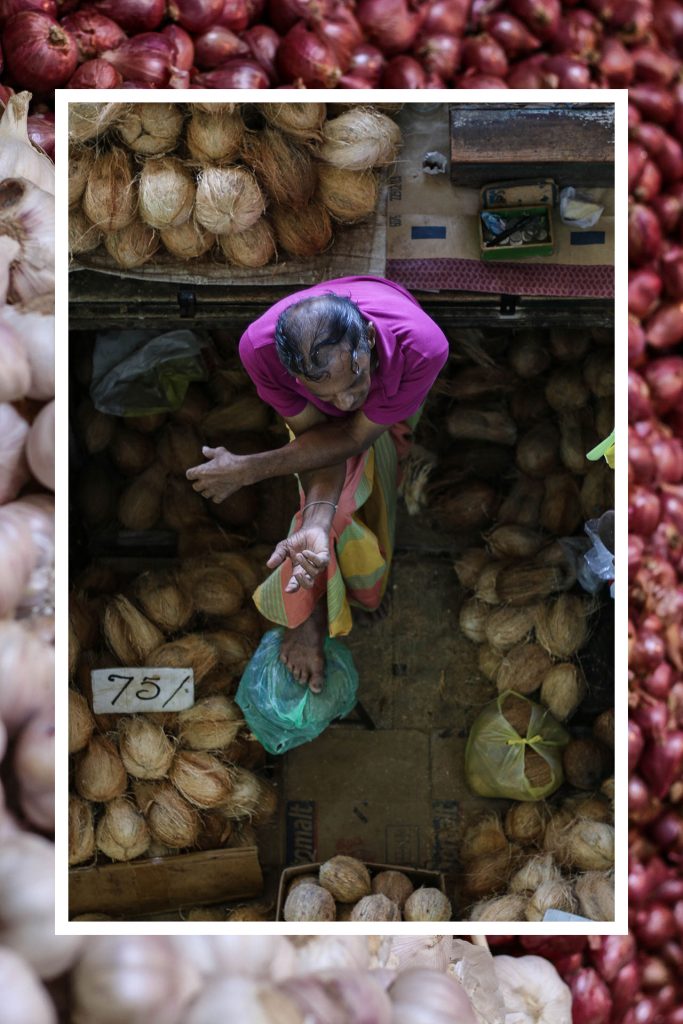 Despite the recent increased popularity of plant based diets, there is still a widespread belief that by stopping your meat intake all together, you won’t be able to keep up your necessary protein levels.

I also used to think this way, and anyone that told me otherwise clearly had to be lying. Although it is true that a diet rich in protein is considered healthy (albeit overrated too many a time), we get it from many sources other than meat.

A plant based diet can be both sufficient and healthy, and the protein intake aspect of it is no exception. 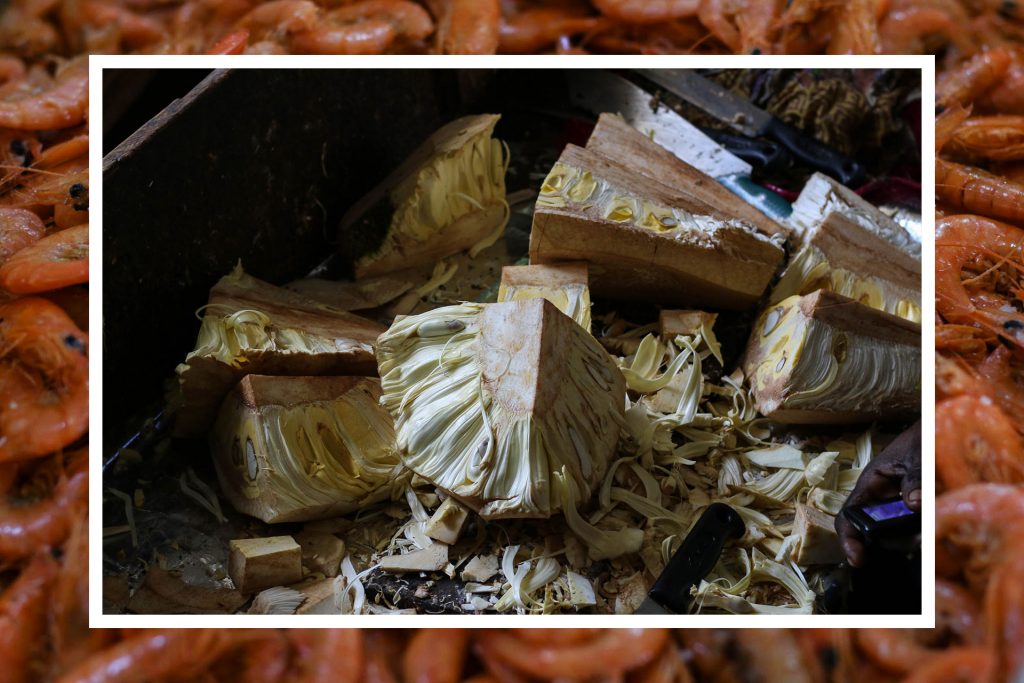 There is seitan, tofu, tempeh and edamame, but also the less fancy but equally delicious lentils, chickpeas and beans. You can eat certain rice, oatmeals and grains, and even fruits and vegetables have high levels of protein.

Top this off with nuts, chia seeds, soy milk, quinoa, spirulina, hemp seeds and much more , and you have an enormous palette of sources of which to choose from.

It’s just a matter of being more conscious of what you eat, and making sure your diet includes everything necessary. 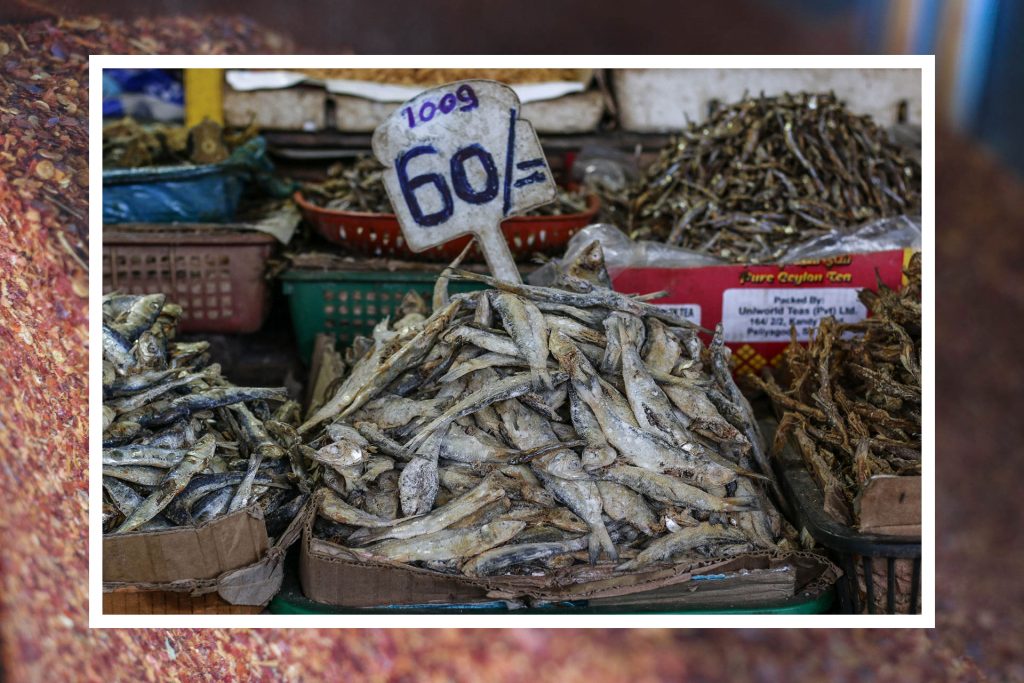 The lesser heard of amino acids are in some instances more difficult to replace, since certain plant based foods are low in some of the “essential” amino acids.

However, having a varied and complimentary diet throughout the day, should already tackle this deficiency. In fact, just by mixing grains, beans and seeds you can ensure you get enough of all necessary amino acids.

The one thing vegans lack is vitamin B12, which is necessary to maintain the nervous system. This deficiency can however be easily overcome through taking supplements or fortified foods. 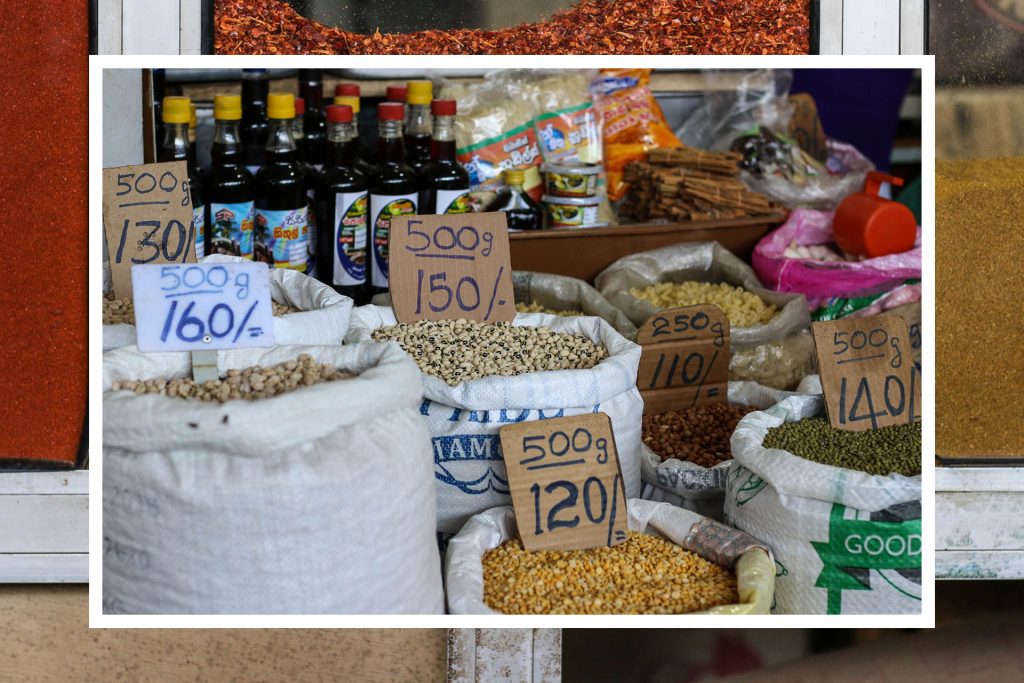 This is maybe a particularly Dutch thing, with our endless love for milk and cheese.

A couple of years ago it was not uncommon for me to chug down a whole carton of milk on the spot. And not only did I love it, I was also convinced milk would increase the strength of my bones and prevent bone fractures in the future.

Unfortunately this is not the case, with some research even suggesting it could make things worse and foment osteoporosis. 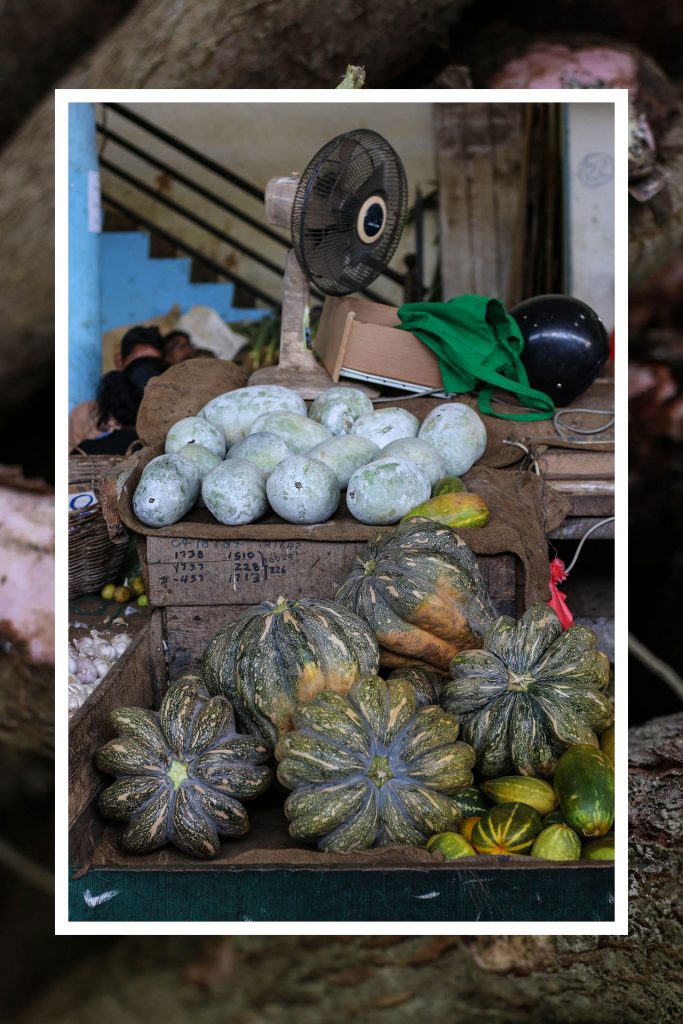 Yes, it is important for babies to drink milk.

But from their mothers. And after the breastfeeding phase, the need for milk is over. The majority of humans worldwide are lactose intolerant, and cow milk is not the best source for your calcium intake.

Calcium can also be found in plant products like kale, spinach, broccoli, soy milk or oranges. Even more so, your body is better at absorbing calcium from vegetables.

Just to be clear, I’m not saying milk is harmful, but yes that you can easily do without it. 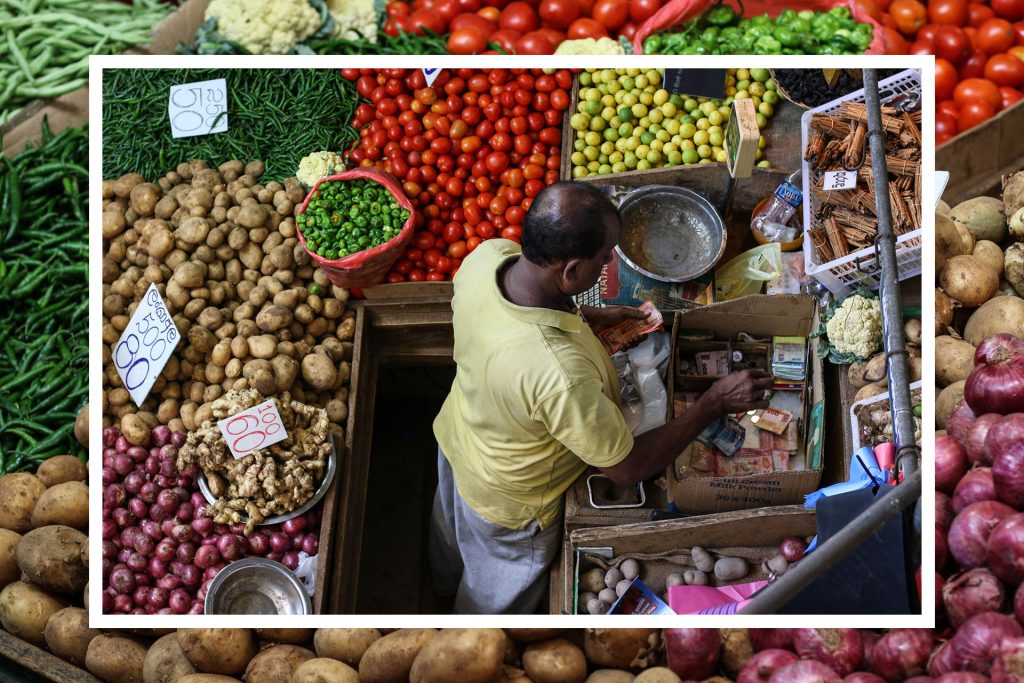 The implications of drinking milk on animal rights however, is another story. One I had never really considered.

You see, cows don’t produce milk on the go; they only do so to feed their young. A cow produces milk for nine to ten months after the calf is born, but the quantity lessens over time. To make them constantly produce milk, cows are artificially inseminated so they become pregnant.

The moment the calf is born it is taken away, causing it (and the mother) extreme distress. This horrific cycle is repeated for a couple of years until the cow’s profitability runs out and she is sent to slaughter. 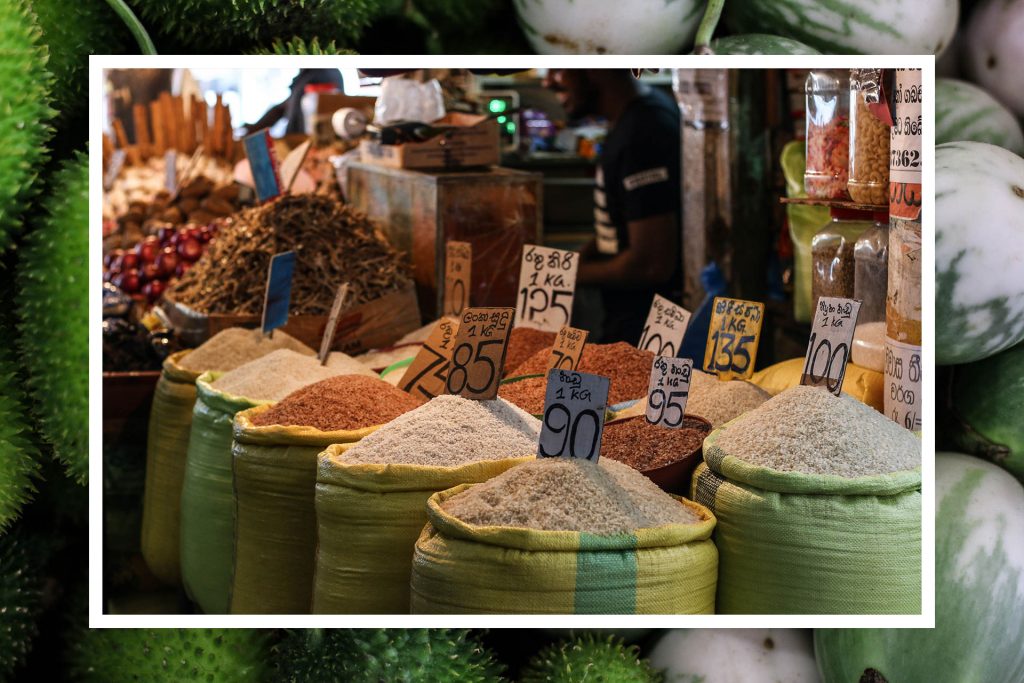 This is a process that I honestly had never really thought of before, and therefore didn’t know much about. The majority of us don’t consciously consider how certain animal products like milk are produced, and therefore end up promoting processes we would probably condemn if we knew better.

I say this with no intention of guilt tripping anyone into becoming vegan. 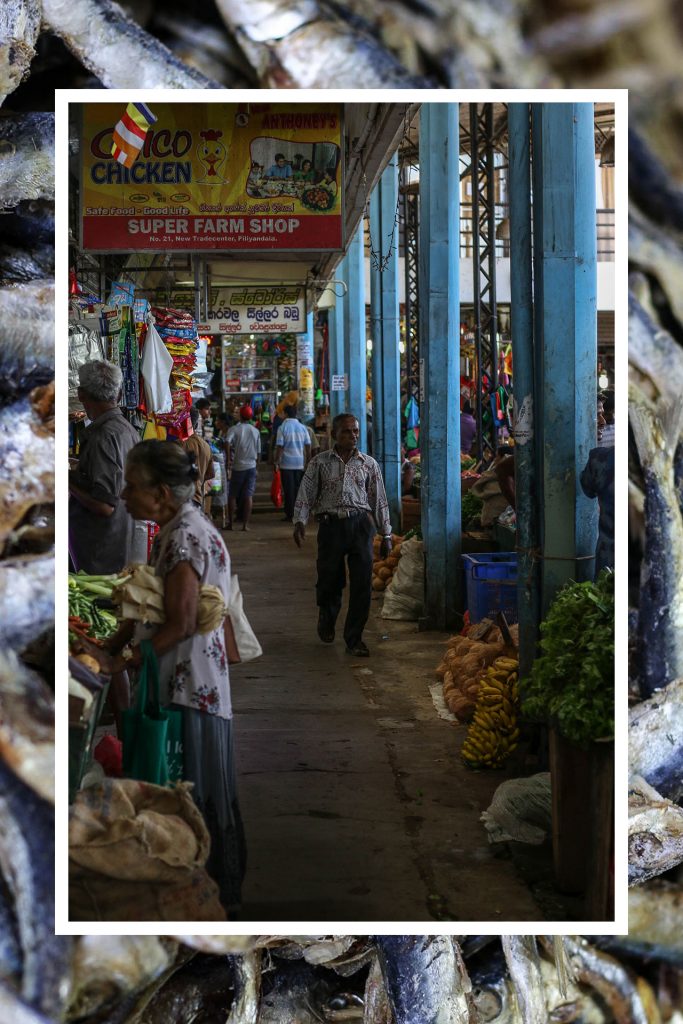 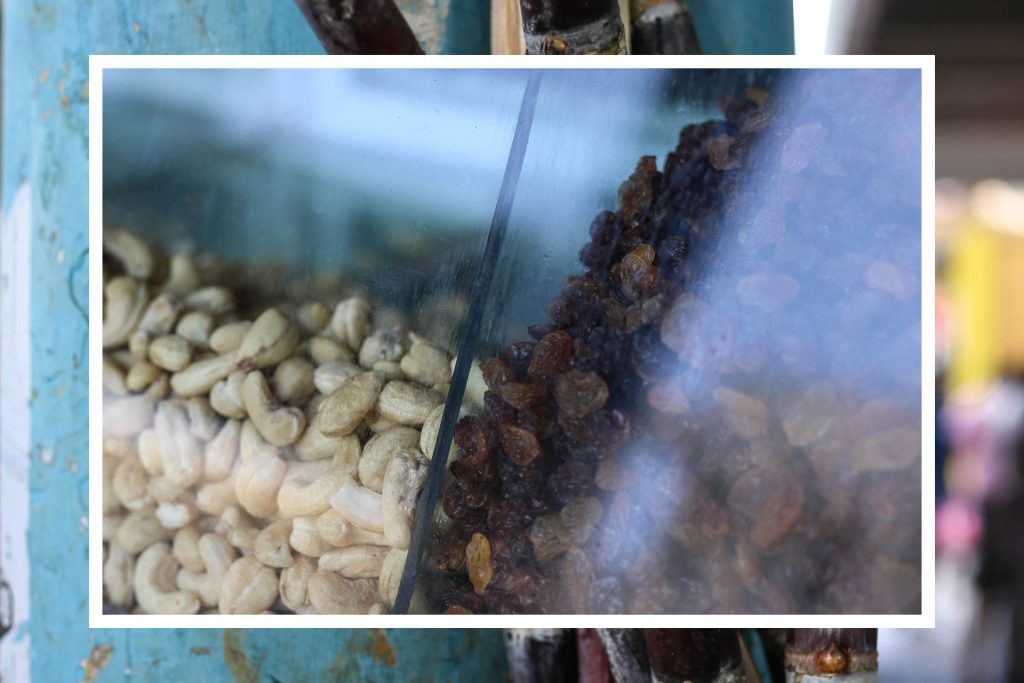 Last year we were at a wedding where the chef had forgotten we didn’t eat meat, but offered to serve us a vegetarian meal anyway. The result was a plate of over-boiled broccoli and potatoes, served with no sauce, flavourless and beyond boring.

This, unfortunately, is often the result when meat-eaters think of plant based meals.

Tasteless, plain, sad meals. No wonder it’s challenging for many to change their eating habits. And before meeting Ale, I shared the same opinion. But boy, was I wrong. 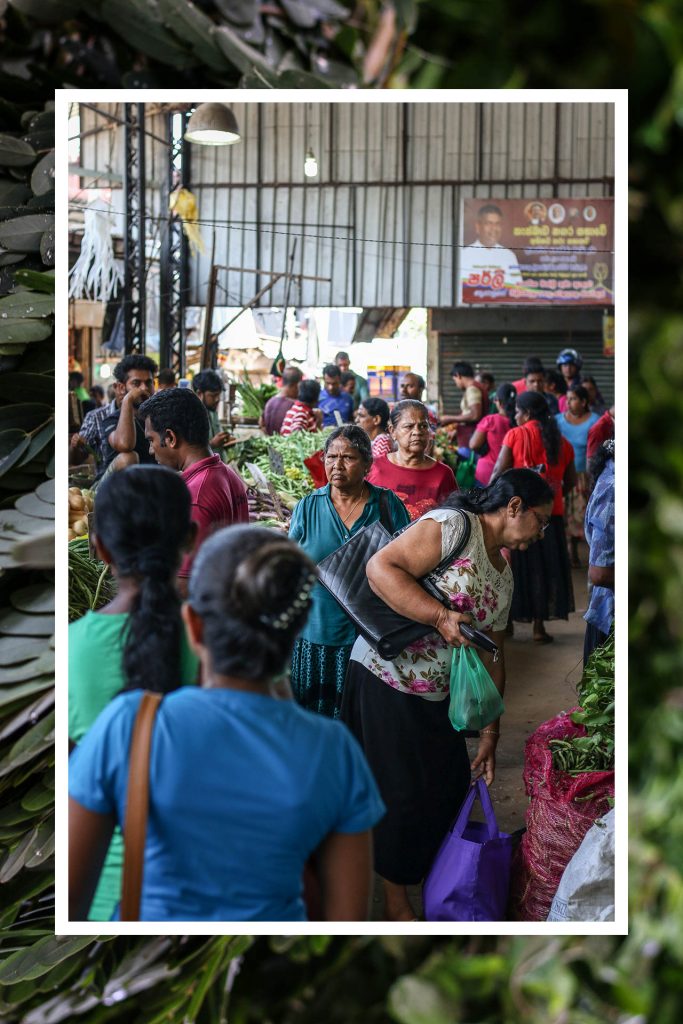 No, mock meats are not the holy grail of becoming vegan.

Although at first the easiest thing may seem to simply substitute animal products with the most real-like copy you can find, this is not a solution in the long run. Many of these meat substitutes can turn out to be disappointing, expensive and less healthy than one may hope.

But worry not, because there is so much yummy plant based food out there to cook and try! 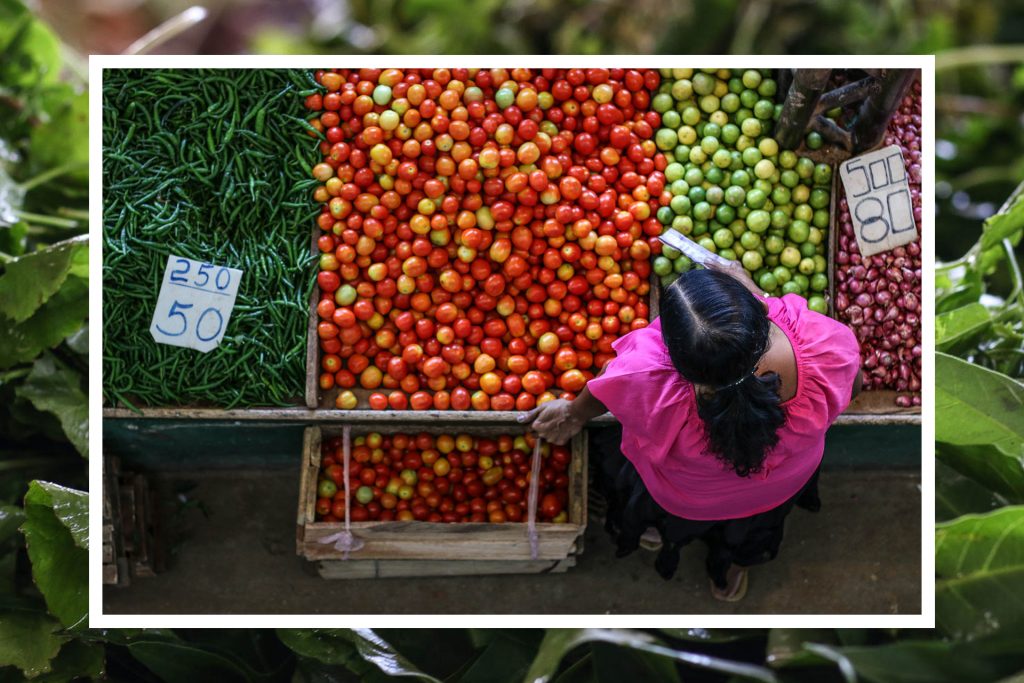 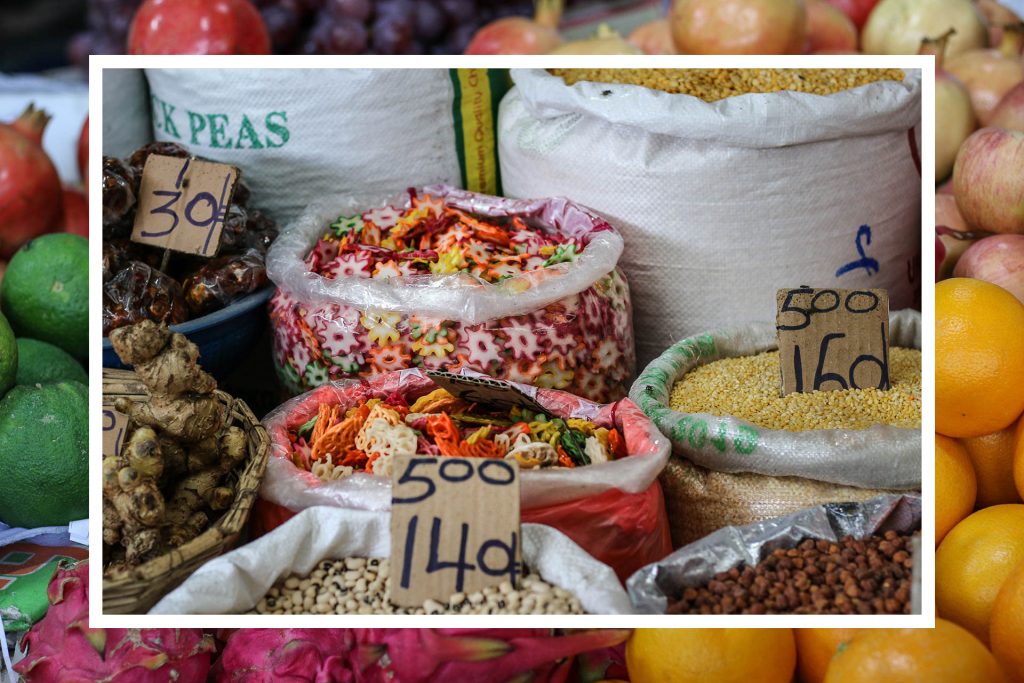 Due to a seemingly strong urge to overcompensate for the bland taste of some boiled veggies, and the constant scrutiny from meat lovers, vegans nowadays have apparently decided to go full in with their meals.

The internet is filled with the most creative plant based dishes that you could ever imagine, and there are new interesting products popping up all the time.

Just by changing your mindset, you’ll suddenly find plenty of fruits and veggies, legumes, seeds, and more ingredients to experiment with. And soon enough your food will be more varied than you thought was possible. 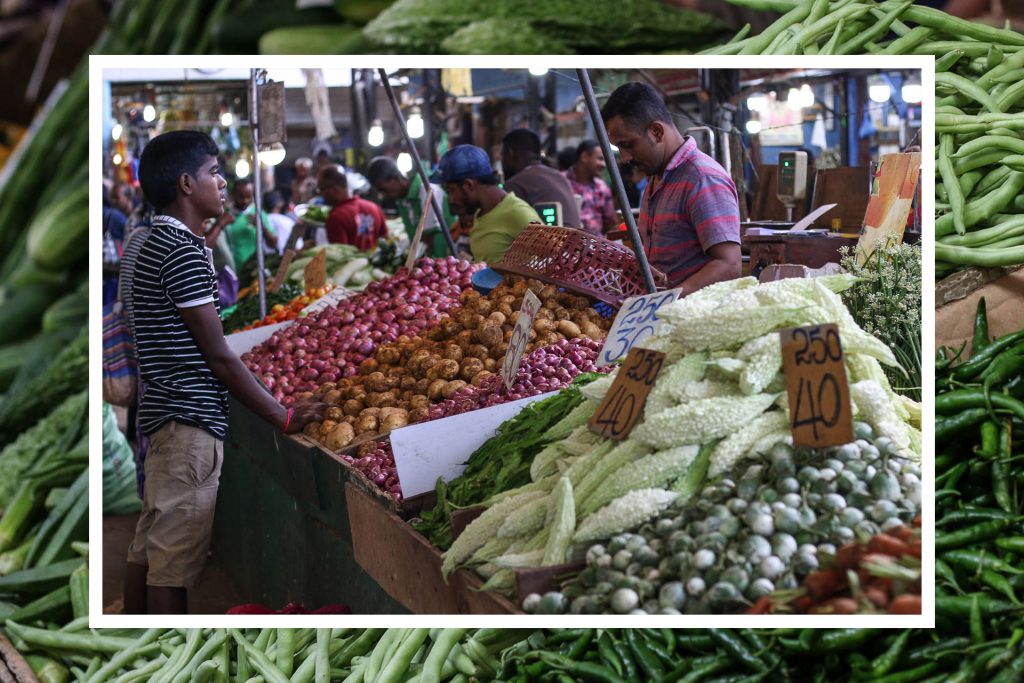 I have already seen and tried plenty of plant based food from around the world. When done creatively, and with a wide array of ingredients, vegan food can be the most exciting and varied you’ll ever have.

Having tried so many delicious dishes, I can honestly say I don’t miss my past meat-eating and milk-drinking diet. In fact, I don’t ever want to go back. 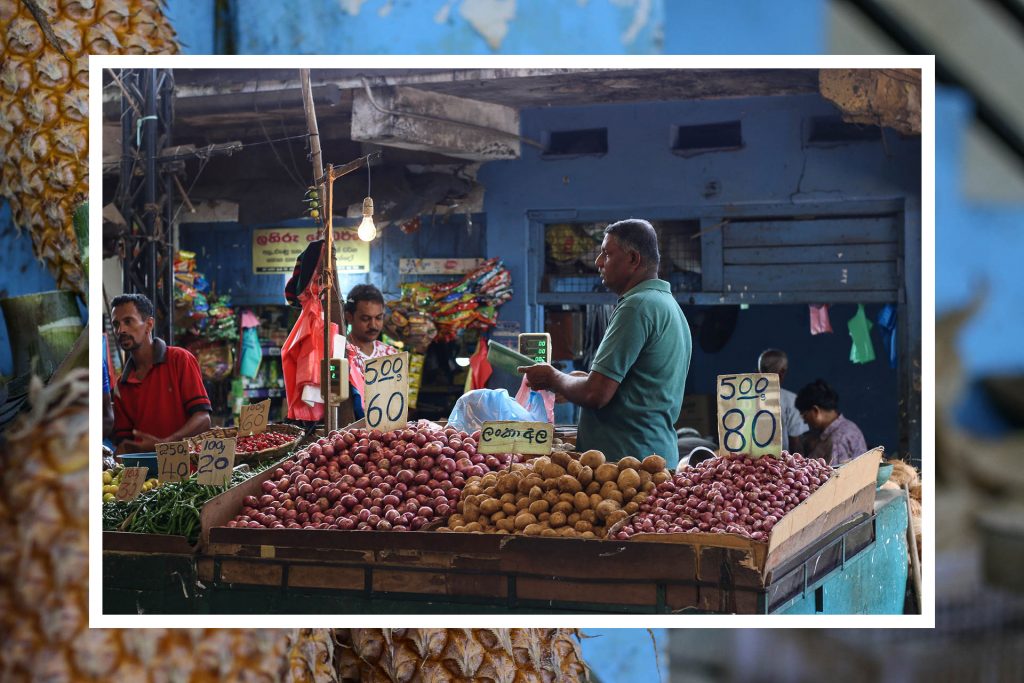 Having debunked these food myths, I now have discovered a wide array of plant based options that I love to eat.

And yet, I keep on hearing these same assumptions I used to have when people defend their diets (or attack ours). There is a lot of conflicting knowledge and misconceptions out there, and we seem to be following traditional (and even prehistorical) habits and believes.

Everyone should choose to eat how and what they want, but not based on erroneous assumptions from our past. These food myths no longer hold me back, and they shouldn’t affect you either.

Here is to happy, healthy eating!

Are there any food myths you used to believe, that you no longer do? Let us know in the comments!

All photographs were taken in Colombo (Sri Lanka) 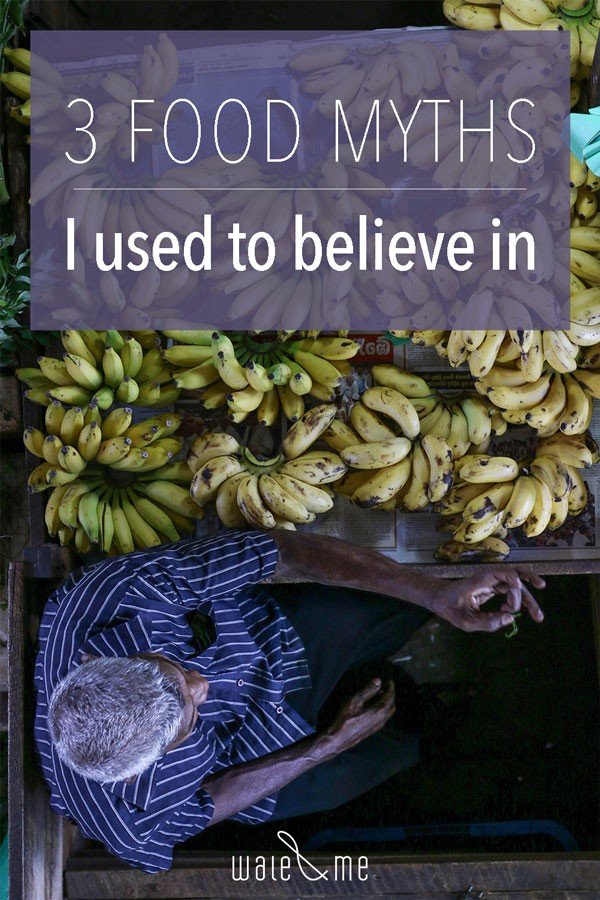